Even the smallest businesses are starting to realize — document security matters. And having the right printer matters even more.

But while most stories about security breaches focus on secret government attacks and evil cyber villains, the most common threats are a lot less exciting.

In practice, there are some annoyingly easy ways to lose sensitive files when you’re using the wrong kind of printer.

What About Leaving Papers in the Printer Tray?

You know that stack of documents lying on your printer? That’s wasteful. But it’s a threat too. In that stack might be someone’s pay review, your customers’ data or your company’s financial plans and roadmap.

If you don’t want that stuff just lying around, make sure your printer’s smart enough to authenticate your users before it prints out their documents.

Looking for a smarter printer? You’re going to want to check out the Xerox® VersaLink® C7025 or Xerox Altalink C8045 Color Printers.

You need to scan a file and send it to your colleague John. You’re in a hurry. So you scan the document really quick and mail it to John — the wrong John.

Get yourself a printer that helps password-protect files.

When someone needs to scan a document and then save it to the cloud, they usually need to save that scanned file somewhere local first.

It might be their desktop or some local folder. But if they forget to delete that file after copying it to a shared Dropbox or Google Drive or wherever, you’ve got a problem.

Make sure you’ve got a printer that’s smart enough to automatically save your users’ files in the cloud for them. And they won’t leave sensitive files lying around.

Getting Someone Else to Print for You

Sometimes remote workers need something printed before they come in. A common way around this is to ask someone else to print the file for them.

But if they save that sensitive file in an unsafe place, you might be in trouble. If your printer supports mobile printing, your remote workers won’t need to go through someone else to print their files. And this won’t be a problem.

Leaving the Data on the Printer’s Hard Drive

You probably don’t think of your printer as a compute, but it is. And the smartest printers have hard drives and they’re central to the way information flows through your company.

So make sure your printer automatically overwrites its own hard drive for you. In order not to disrupt your daily workflow or tie up a copier for others to use as it overwrites itself, you can schedule Overwrites to be performed during non-business hours.

More important, make sure the printer’s disk is well encrypted too.

No business wants to lose its sensitive information. But you really don’t want to lose that information because of a simple, avoidable mistake.

Avoid these by getting yourself a smarter printer — one that has all the features you need to secure the flow of information.

Information security is a priority for every size of business. It’s why so many businesses count on Xerox® ConnectKey® Technology to protect themselves. And it’s why the Xerox® VersaLink® C7025 or Xerox Altalink C8045 are the smartest printers you’ll find.

Contact us today to learn more about ConnectKey and Xerox copiers and printers.

Transform the Way You Work with Our Family of Printers 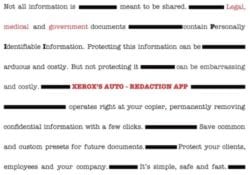 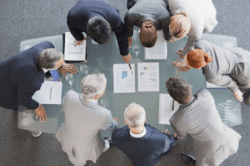